In Switzerland, our customer Energie-Genossenschaft Schweiz was able to build a photovoltaic system on a flat, beautiful and effective roof thanks to a dual solution proposed by the Sun Ballast Technical Department.

For this project, the ballasts of our Standard system and the East-West system were used, guaranteeing the production objectives requested by the customer.
The Standard system consisting of single rows is the most versatile since it allows freedom of installation and easily avoids any obstacles present on the roof, while the East-West system, which can be installed with all the ballasts of the Standard system, positioning them shoulder to shoulder and connecting them to each other with a joint plate, is most often used to optimize energy production and keep it constant throughout the day, especially in the event of poor southern exposure.

Both systems were installed on a surface which was only subsequently covered with gravel. However, all Sun Ballast systems are particularly suitable to be installed both in this mode and directly on the gravel since they do not need to be fixed to the roof.
The combination of the two systems has allowed the construction of a plant capable of producing up to 38 kWp of renewable energy. 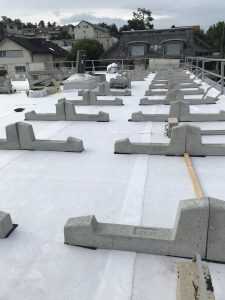 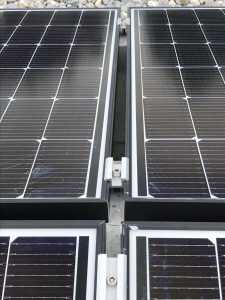 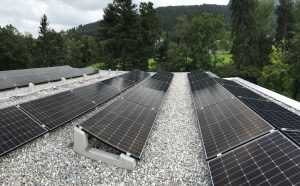 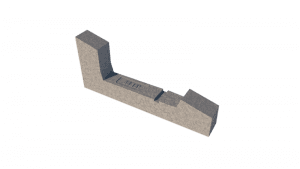 Sun Ballast elements are ideal for installation on flat and ground roofs. The request, proposal, order execution and delivery process was flawless