Home Insights
BETWEEN THE SUN AND THE WATER: SUN BALLAST BRINGS IT ALL TOGETHER

Between the sun and the water: Sun Ballast brings it all together

A large photovoltaic system, the Basilicata Region’s aqueduct, and Sun Ballast’s Connect solar panel support structure: these are the marvellous stars of the show, taking part in a project that will bring major benefits to citizens and the environment alike.

If you want to build something big, you need to work with someone who promises big results.
That must have been the thought in the minds of those who turned to Sun Ballast for help with an enormous project promoted by the Basilicata Region, part of its energy-efficiency plan for public facilities and infrastructure.
The goal was not only to create maximum autonomy and self-sustainability for the water system, but also to reduce the operating costs of the drinking water plants, water distribution grid, and wastewater treatment systems.

To set up the entire photovoltaic system of over 6,000 solar panels, around 7,000 support ballasts were used. That made it possible to build three different plants capable of producing a total of 1730 kWp of renewable energy.

This extraordinary work was carried out by Sun Ballast’s technical department, which handled the project design based on calculations of sizing, wind resistance, shading, and system performance. Other factors considered included the specific characteristics of the buildings, the different types of roofing, and the area in which the solar panel system was to be installed.

And since a big plant needs big ballasts, the only possible choice was Sun Ballast’s Connect system.
Not only because they are quick and easy to install, and do not require holes to be drilled into the roof.
The Sun Ballast system is also designed and built to handle the increasingly strong winds affecting the Italian peninsula.
They have been put to the test under rigorous wind tunnel conditions, certifying resistance to directional winds of over 150 km/h.

This particular system uses three different cement support ballasts (a central one, an initial one and a terminal one). When installed, they create a real grid of solar panels that makes the whole system extraordinarily stable, while also ensuring a well-distributed load on the roof thanks to the light weight of the ballasts.

Reliability and expertise are the engine of change

The reliability and expertise of Sun Ballast’s technical department, made up of a large team of professional technicians, architects and surveyors, have fully satisfied the customer’s needs by making roof installation of the solar panel system easier and faster thanks to the quality and simplicity of the support ballasts.
For our part, all of us at Sun Ballast are delighted to be part of these important changes that will benefit the citizens of the area and bring a little bit more well-being to the whole planet! 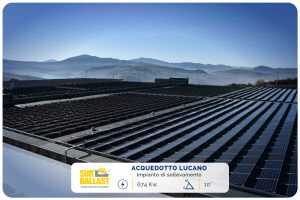 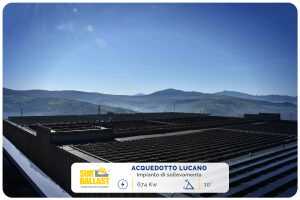 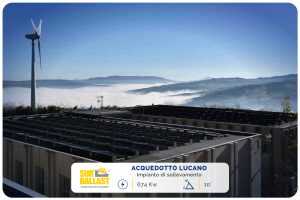 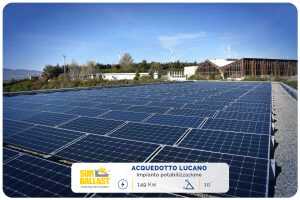 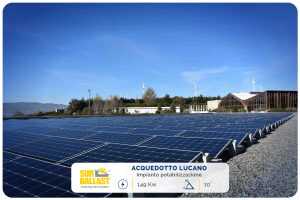 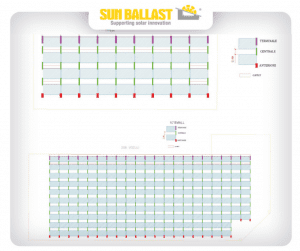 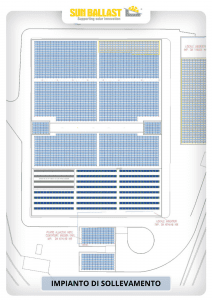 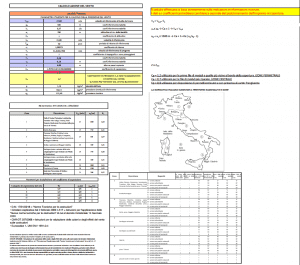 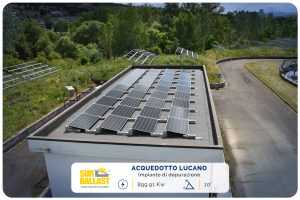 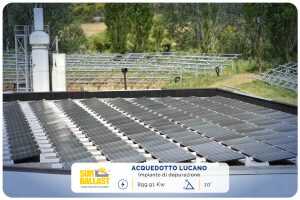 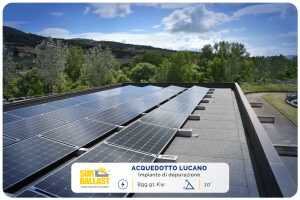